I rewatched Spartan last night. It's an old thriller, starring Val Kilmer, written and directed by David Mamet. The story involves what we used to call white slavery - the abduction and selling of young women for sexual purposes. In this case, it involved kidnapping a young woman in Boston for the purpose of selling her in Dubai.

So, back to sex slaves, it occurred to me while watching that maybe Hollywood is attracted to this story line because there's so much "sexual exploitation" in real life in Hollywood. I put it in quotes because it's one of those phrases that can mean almost anything, but the daily accusations rolling out of Tinsel Town lately are anything but pretty. Maybe it's a way of dramatizing a situation the script writers know all too well - beautiful young people being lured into a world of dashed dreams.

By the way, the movie is mostly not about that. Retrieving the kidnapped girl is the "McGuffin", but it's more of a movie about tough guy maleness in the face of political betrayal.

The name of the movie seems to arise from this exchange between our hero and the young woman:

Scott: "One riot, one Ranger." You ever heard that?
Laura: Leonidas, King of Sparta... when a neighboring state would plead for military aid, would send one man.
Scott: Well, there you go.
Laura: You ever hear that?
Scott: No. I think we went to different schools.

The hero's kind of a working class snob
Who's very good at his job.

Today's festival performance had a good sized audience laughing uproariously, which made me a happy camper indeed.

With drama, you want to the hushed silence of the audience hanging on every word.

With comedy, you want to hear some yukking. 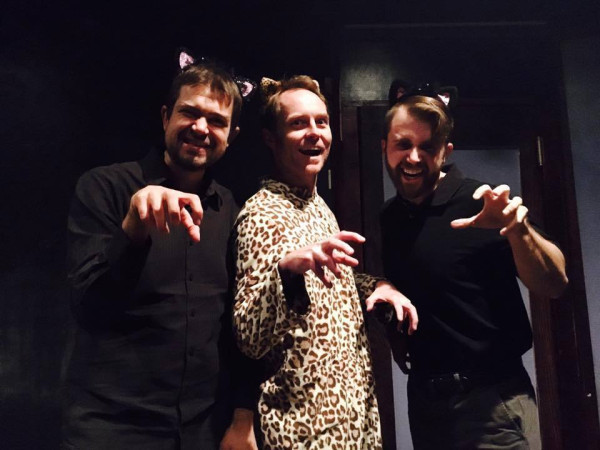