Medal for half, which was hilly
And chilly. 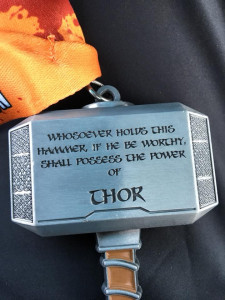 The race was in Crystal Lake, IL, in a park called Veteran Acres. I think I was the only guy in the 65-69 age group running the half-marathon, but I don't show up in the age results online. Well, I've emailed the organizers and the timing people. Hopefully it's just a glitch. I mean, I ran 13 miles in the cold - I want to see my name in electrons!

I ran in some new shoes. I bought some Hoka trail shoes, and I went up one full size - to 14, to try to avoid the toe-bruising issue that I have bored you with before. Well, my toes were fine. But in 2 trail runs, I have now tripped twice in these shoes - once yesterday, once week ago in Massachusetts. I tripped on roots, the bane of trail runners, but I usually don't do this. Belatedly it occurred to me that running in 14s may be something my brain isn't accustomed to. I may be letting the extra size trip me up!

Whether you run in shoes or boots,
Do watch out for routes with roots!

For book club, we read CEO, China, about the current big boss, and Destined for War, about the ongoing geopolitical tension between us and them.

Neither book really dealt adequately with the current North Korean problem, since that has "evolved" rather quickly. I note that now that North Korea seems to be in a position to drop a missile on Washington D.C., our leaders seem to be paying extra attention.

They seem to have kicked the can
Pretty far down multiple roads.
I hope they come up with a plan
In which nothing near me explodes.
Collapse